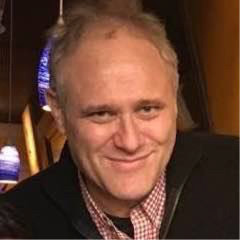 Doug Davidoff has been a newspaper reporter and a public relations consultant for private business, state government, and statewide political campaigns. He delights in blogging, social media, history, and writing. He also delights in software coding.

But before all that (and of "all that," there was a great amount over the years), Doug was interested in computers and coding.

During junior high school in the 1970s, Doug worked on a teletypewriter terminal connected by an acoustic telephone coupler to the school district's mainframe computer. He learned to play in BASIC and FORTRAN. During college, he worked with 80-column computer punch cards in the days when students submitted decks of cards in a refridgerator-sized reader machine and then waited hours for the output to arrive on big printout forms.

Doug was recruited to become a computer science major. Instead he became a history major. Thus, a career direction was formed.

Coding bootcamp is an opportunity to redirect that trajectory. Doug is a wordsmith who is training to become a codesmith.